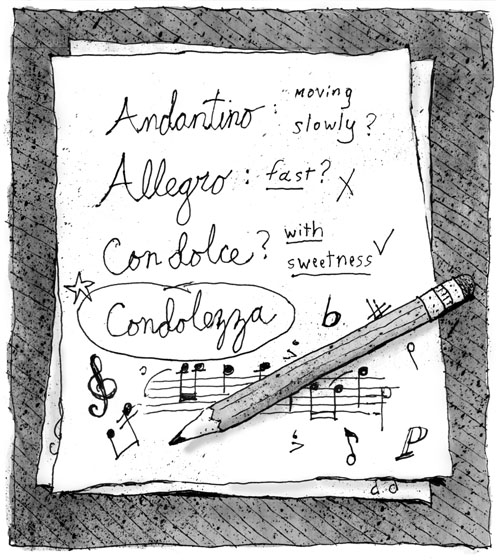 Here are pieces I illustrated for an English textbook geared towards giving 4th graders more courage to write. They accompany an essay by former US Secretary of State, Condeleeza Rice,  who recounts how she came to have such a unique name. Before she was born, her parents could only guess what sex she would be. Her father was certain they'd have a boy - who'd become a football star - and be named John. 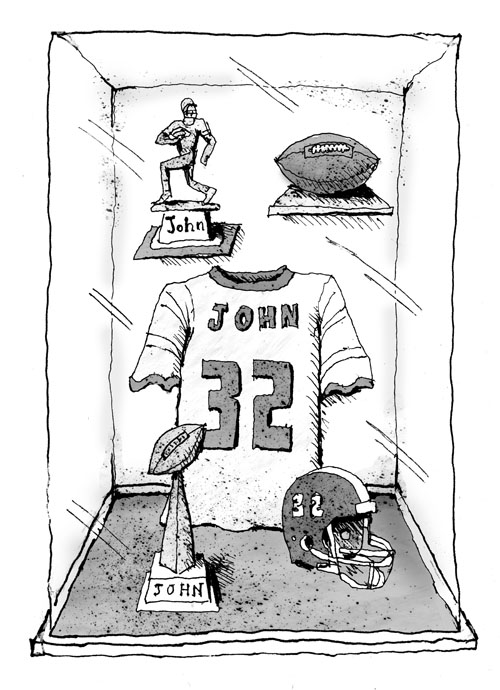 If they had a girl, her mother wanted a name relating to music. She wrote down various musical annotations, and fell in love with Con Dolce and Con Dolcezza, which translate to "with sweetness". Condeleeza was born out of these Italian phrases. 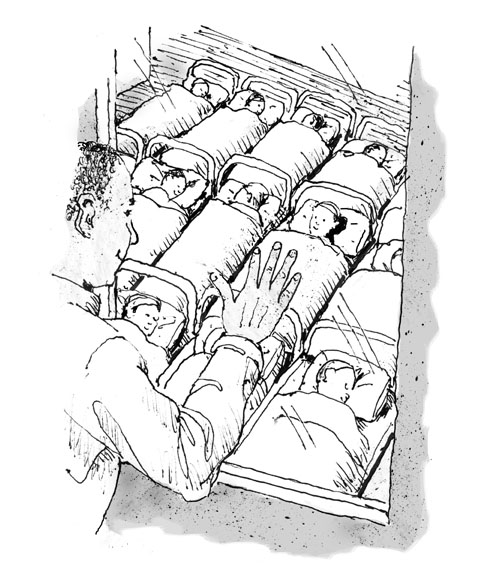 Was her father disappointed that he didn't have a son to play ball with? To the contrary, his heart melted upon seeing his beautiful daughter in the maternity ward. Of all the babies in this room, she appeared to raise her head, making direct eye-contact with him. Condeleeza Rice went on to serve in one of the most important positions in our government, heading the U.S. State Department. Interestingly enough, she has stated that her dream job to to be Commissioner of The National Football League.


A special thanks to art director, Carmela Stricklett,
at Amplify for this rewarding opportunity.

You can view my drawings accompanying an essay by another prominent
African-American, the great Rosa Parks, here.
Posted by Daniel Baxter Art at 10:15 AM