A View of the Earth 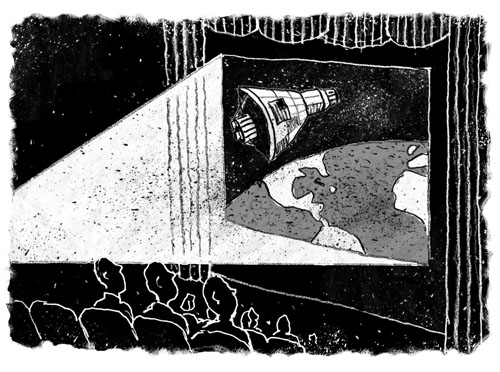 Here are illustrations for a an English textbook geared towards giving 5th graders more courage to write. They accompany an essay by astronaut, Michael Massimino, who recounts his amazing experience fixing the Hubble Telescope. While studying engineering at MIT, he went to see The Right Stuff, a film about the Gemini space program. This experience inspired him to become an astronaut. 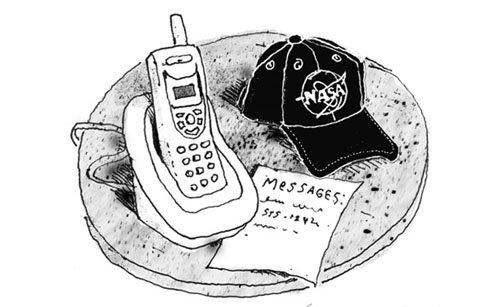 He applied to NASA four times before receiving a phone call that he was accepted into the space program. Michael was trained for a mission to fly into space - and fix a faulty instrument on the Hubble Telescope. 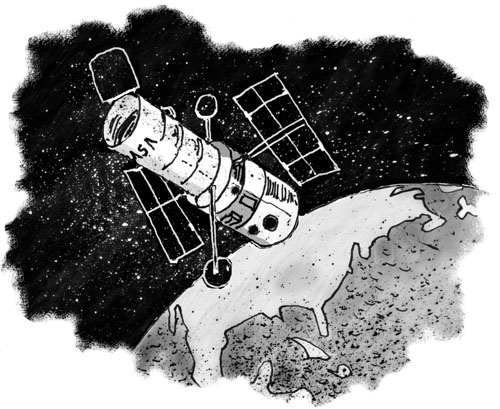 Upon arriving at the telescope, their first task was to remove a panel on it's exterior. Unfortunately they discovered a faulty screw holding the panel in place, which jeopardized their mission. After a short panic attack, Michael and Mission Control calmly figured out a solution to safely remove the panel, and fix the faulty instrument.

Having accomplished his mission, Michael was able enjoy the experience of simply floating in space, taking in the enormity of the universe surrounding him.

Upon returning to Earth, Michael received a hero's welcome
from his friend and family in Houston. 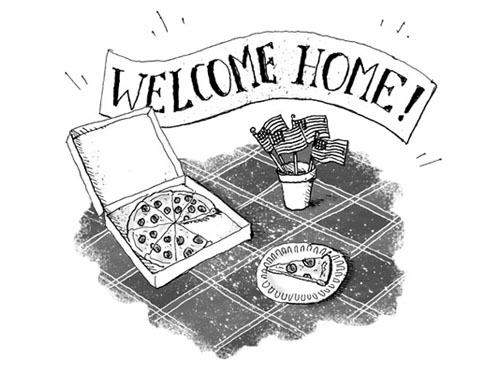 A special thanks to art director, Carmela Stricklett,
at Amplify for this rewarding opportunity.

You can view my drawings accompanying an essay by the great Rosa Parks, here.
Posted by Daniel Baxter Art at 10:57 AM