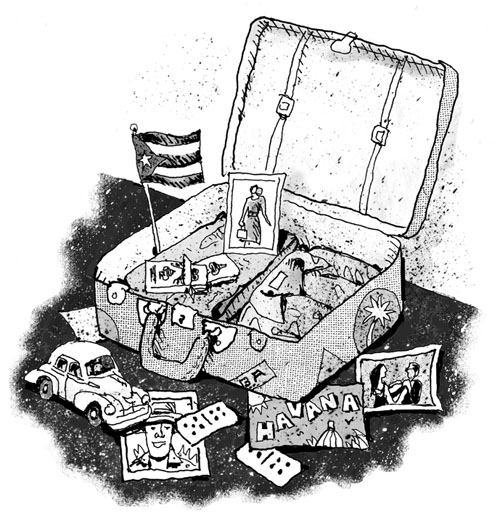 Here are pieces I illustrated for a an English textbook geared towards giving 5th graders more courage to write, They accompany an essay by accomplished Cuban-American poet and writer, Richard Blanco, who's family emigrated to the United States in the late 1960's.


As a child attending school in Miami, he learned about the American tradition of Thanksgiving. Richard attempted to introduce his family to this unique celebration, but their deep roots in Cuban culture made this endeavor a challenge. His family didn't exactly adapt to a classic Thanksgiving dinner, but they ended up having a joyous celebration anyways.

A special thanks to art director, Carmela Stricklett,

at Amplify for this really fun opportunity.

You can view my drawings accompanying an essay by the great Rosa Parks, here.