Song of the Morning 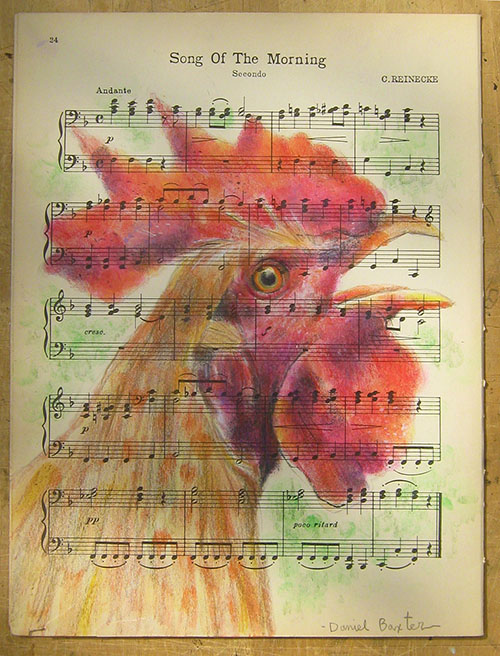 This drawing was inspired by a piece of sheet music I found at my local recycling center.
You can view more portraits like this here, on my website.
Posted by Daniel Baxter Art at 3:55 PM No comments: 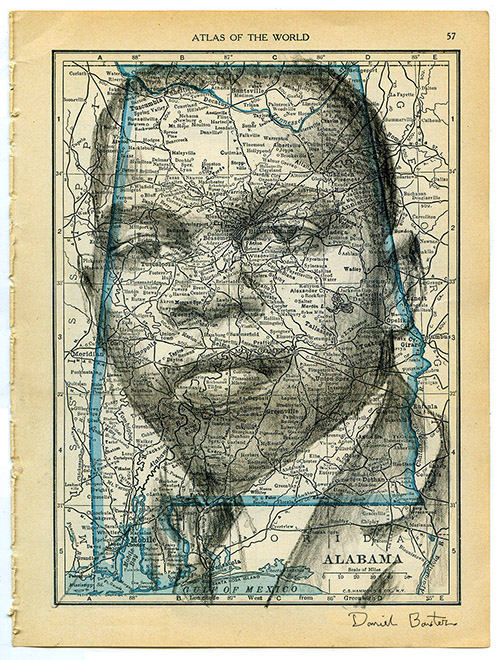 On the day I was born, SNCC members marched across the Edmund Pettus Bridge, from Selma, AL to Montgomery, MS, protesting for the right for black people to vote in the south.  Because these peaceful marchers were treated so violently, it was called Bloody Sunday. Coverage of this event brought much attention to their cause, and spurred on other marches and activism. Months later, the Voting Rights act of 1965 was signed by LBJ. One organizer for that march was just a college student, John Lewis. He would eventually go on to serve in the United States congress for seventeen terms. Regarding Black Lives Matter, this man marched through life fighting for civil rights all the way through. He was an American icon, and he will be missed.
Thanks for visiting. Signed prints of this piece are available here, in my Etsy shop.
Posted by Daniel Baxter Art at 5:50 PM No comments: 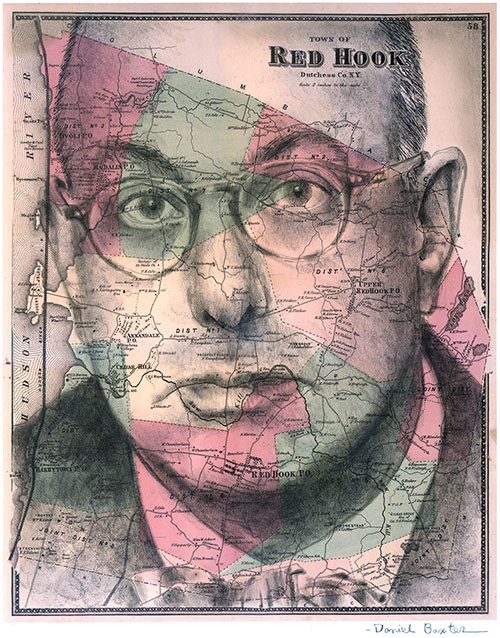 Bard College is a vital part of my small town, Red Hook, NY. This institution adds so much culture and diversity to our community. With this pandemic raging on, I really miss the energy and spirit all the students bring here. Here’s a portrait of the school president, Leon Botstein. He’s also the principal conductor of the American Philharmonic Orchestra.

Thanks for visiting. You can view more of my map portraits here, on my website.

Posted by Daniel Baxter Art at 4:56 PM No comments: 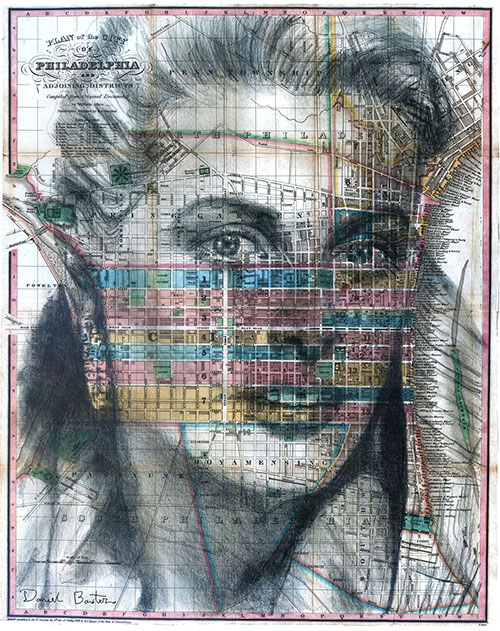 Rear Window is one of my all-time favorite films, and this stunning actress is a big reason reason why. Born in Philadelphia, Grace Kelly would become one of the biggest movie stars in the world, and would eventually wear a crown as Princess of Monaco.
Signed prints of this drawing are available here, in my Etsy shop! 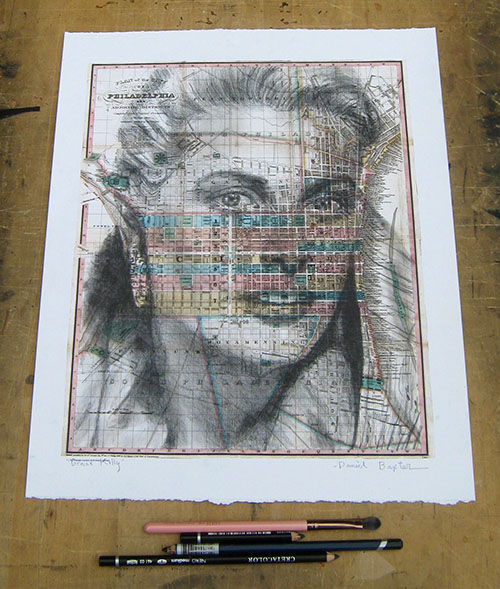 Posted by Daniel Baxter Art at 8:45 PM No comments: 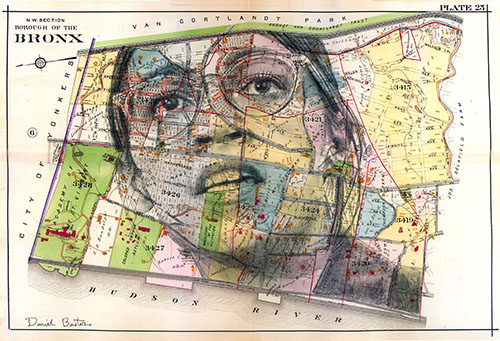 She doesn’t wear boxing gloves, but this congresswoman is a tenacious fighter from the Bronx. Alexandria Ocasio-Cortez fearlessly champions the working class, civil rights, and human rights.
Signed prints of this piece are available here (in my Etsy shop)! 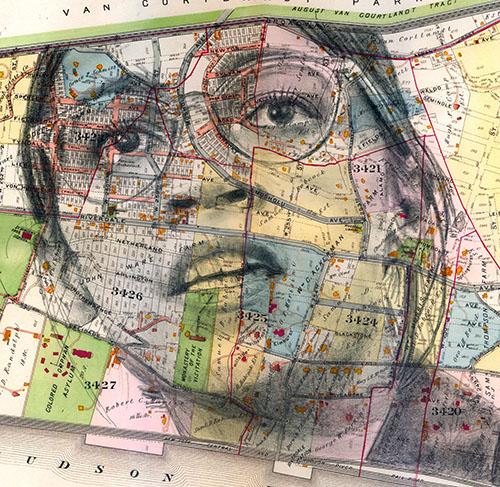 Posted by Daniel Baxter Art at 12:12 PM No comments:

On the Road to Literacy 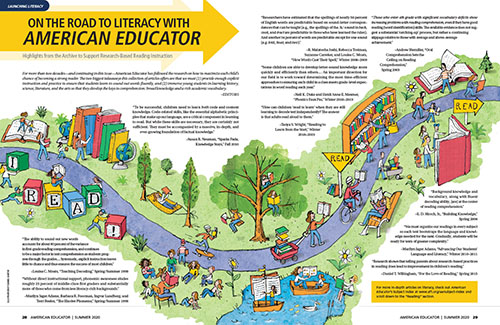 This piece  for American Educator accompanies a story about the magazine’s archive to supporting research-based reading instruction. It was fun to work with a very straight-forward  concept, On the Road to Literacy. This is the publication of the AFT, the largest teacher’s union in the US. I have many friends who’re public school teachers, including my girlfriend of 8 years. It is nice to know this magazine will be delivered to their mailboxes, and that I can connect with them through my artwork. 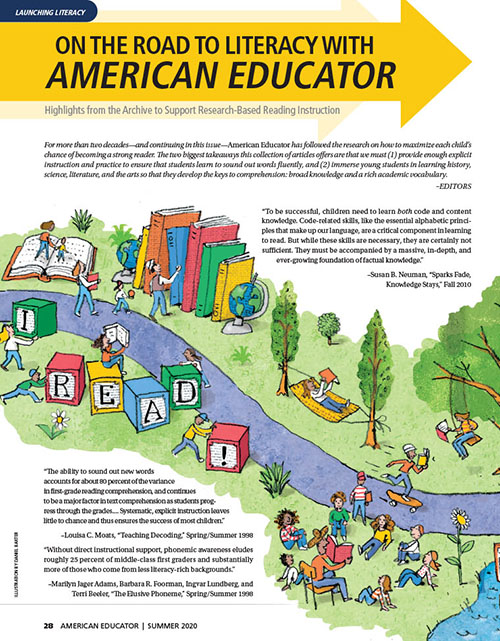 Given that we’ve been living through a pandemic, this has been a very challenging year for educators. Living with a teacher, I see firsthand how dedicated they are, and how hard they work. To all my teacher friends, I salute you, and wish you a relaxing and peaceful summer. You deserve it! 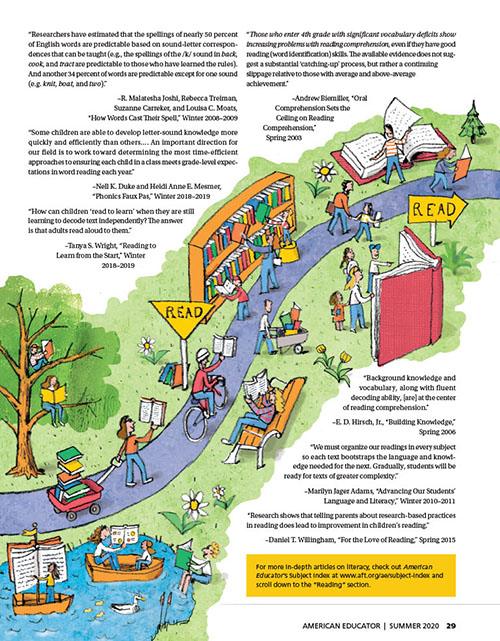 Here are sketches I submitted for this assignment: 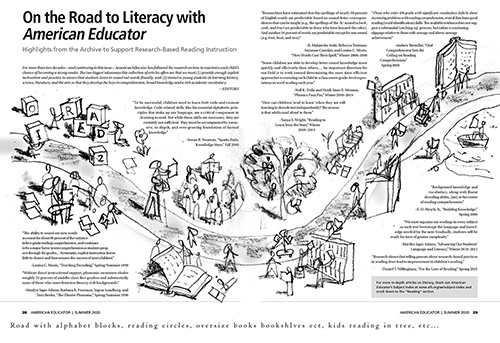 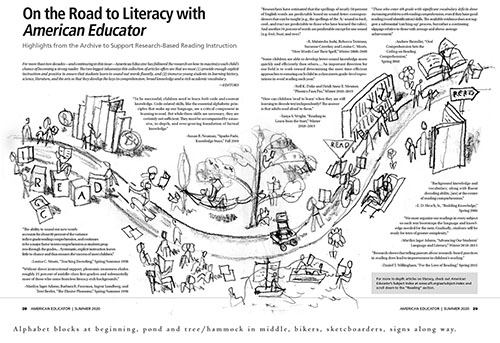 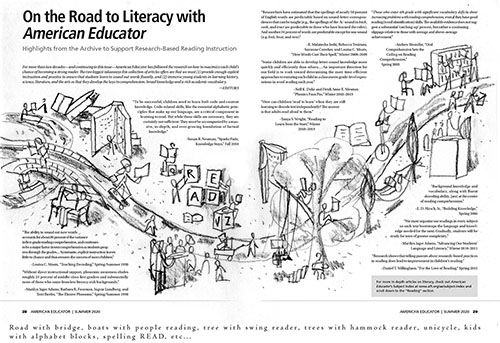 Special thanks to art director, Jennifer Berney, for this super-fun assignment!
Posted by Daniel Baxter Art at 9:39 AM No comments: 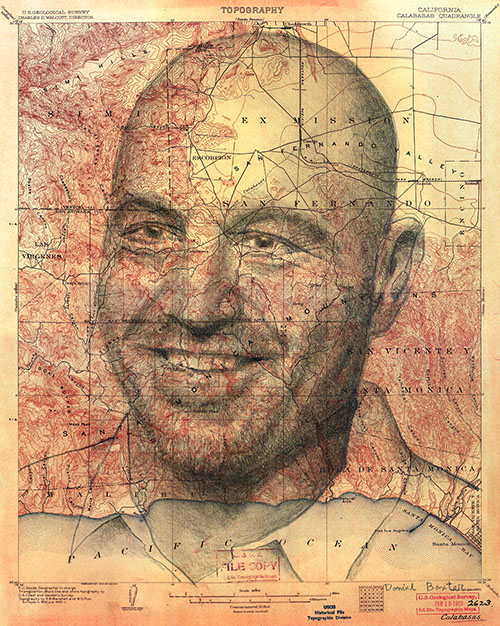 This guy may just look like typical musclehead from California, but looks can be deceiving. With a simple podcast, and an ocean full of curiosity, Joe Rogan has pioneered the art of long-form conversation. Joe is also known as an amazing standup comedian, martial arts expert, and UFC fight commentator. But for my money, his greatest contribution to society is showing us the value of a good deep-dive conversation.
Signed prints are available here, in my Etsy shop.
You can check out my collection of map portraits here!
Posted by Daniel Baxter Art at 10:15 AM No comments: