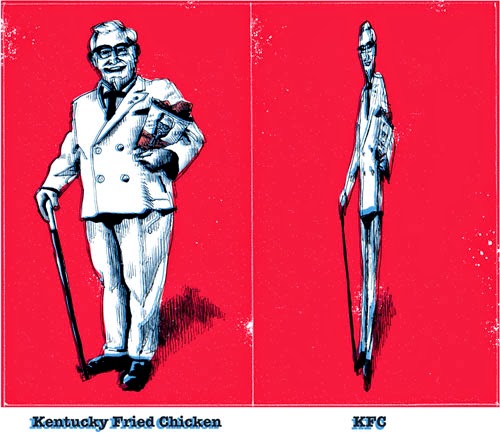 I've always been fascinated by the streamlining of corporate names. What does a name-change imply? Kentucky Fried Chicken was founded in 1952 by Colonel Sanders (pictured above). Today it is the second largest restaurant chain in the World. In 1991 the company simplified it's name to KFC. In terms of letters, the slimmed down logo went through a drastic weight loss, right? 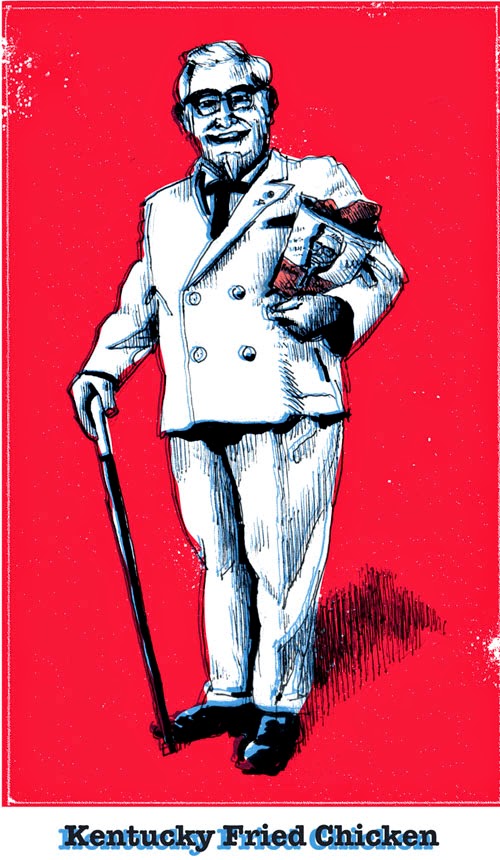 Colonel Sanders opened the first Kentucky Fried Chicken restaurant in Utah in 1962. Although he sold the franchise in 1964, he remained the franchise's official ambassador. He died in 1980 at the age of 90. 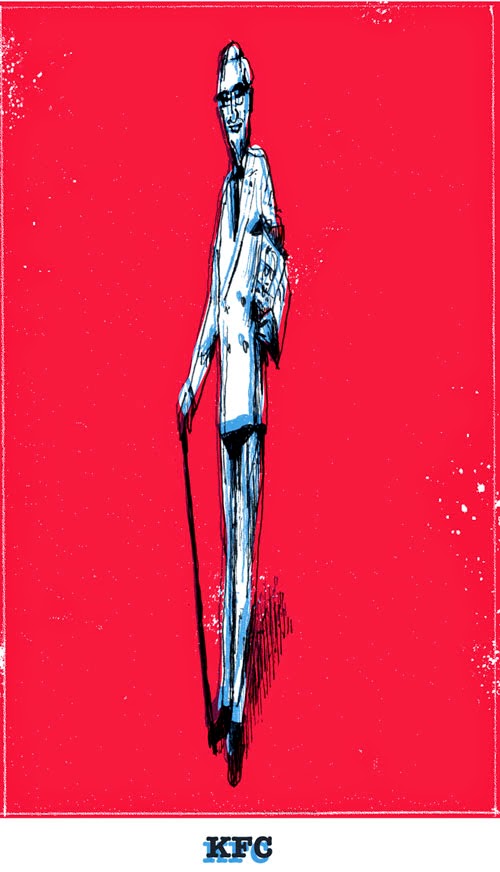 Thanks for visiting. You can see more color illustrations here. From Apple to IBM, many iconic companies logos have evolved over the years. Do you have a favorite logo evolution?

Posted by Daniel Baxter Art at 8:15 AM