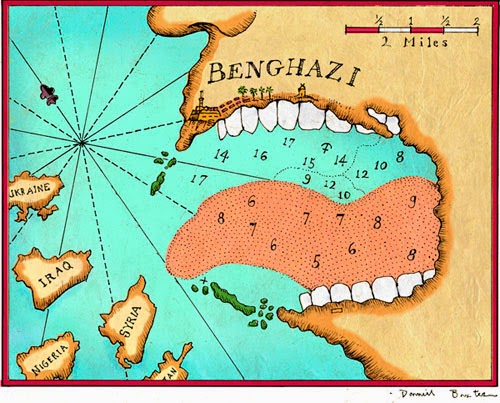 On September 11th, 2012,  the U.S. Consulate in Benghazi, Libya was attacked - tragically leaving four Americans dead. In the following days, many questions arose about the nature of this attack, and whether it could have been prevented. With a presidential election season as a backdrop, these issues became a political lightning rod. 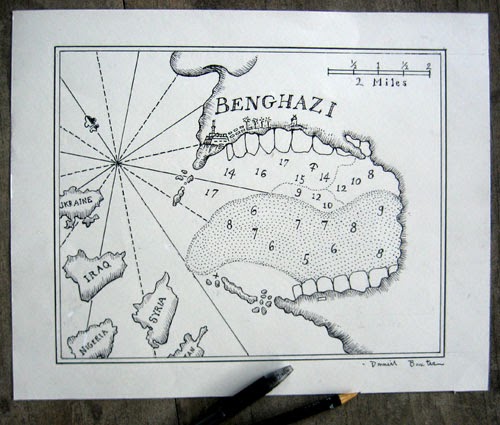 Nearly two years later, this incident is still being dissected by politicians. New congressional hearings will be conducted - to get to the "truth behind Benghazi". It's become a rallying cry for Americans who distrust the current administration. Many others view these hearings as a cynical exercise, where the only goal is to hurt political enemies. 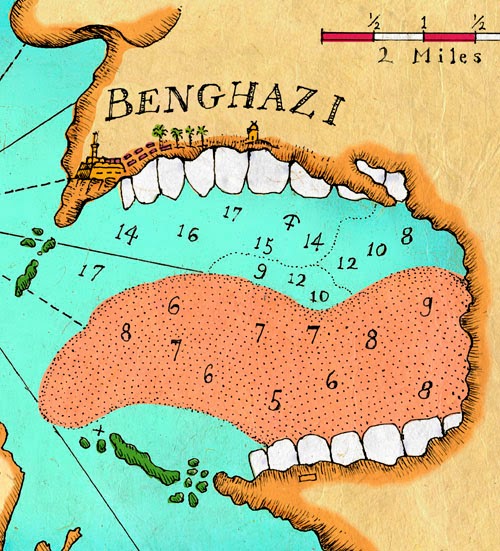 When a tragedy is endlessly exploited, the world starts to look out of balance. I was looking at an old map of the port of Benghazi, which reminded me of an open mouth. I thought this was an apt metaphor for all the the political noise surrounding this incident.  That's what I tried to convey with this drawing.


Thanks for viewing.
You can view my new illustration website here!

Posted by Daniel Baxter Art at 8:35 AM