This is a protest-poster I drew back in 2017, to be carried in a march addressing climate change. On an April day, we marched over the Mid-Hudson Valley Bridge in solidarity with people around the world, voicing concerns about the state of our environment. From that day on, this spontaneously-drawn picture embarked on an interesting journey. It was included in a fantastic book called Posters for Change, and will subsequently be published in a Posters for Change calendar in 2021. In December I was approached by an ad agency (72 and Sunny) about the artwork being included in a commercial for the popular social-media platform, Pinterest. The spot was released on January 2nd. I had no idea how my art would be contextualized in this commercial, but was absolutely thrilled with the results. The can view the Pinterest commercial here, with my work appearing at the 26 second mark. 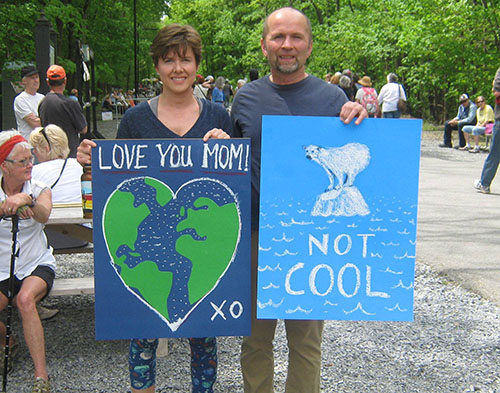 Enormous thanks to Pinterest for including my work in this beautiful video!
Posted by Daniel Baxter Art at 1:09 PM