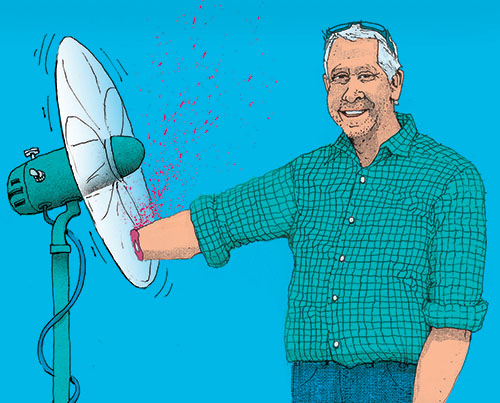 Sometimes illustrators are asked to draw a picture without any context about the story in which it will accompany. That was the case for this piece which appeared in Dallas Magazine. I was simply given a photo reference for the the man depicted above, and was asked to draw him smiling - while his hand was being ground off by a giant fan. It was a unique challenge to draw a scene with such shock value. I’m afraid to ask what the story was about, or who this man is.

Special thanks to art director, Kevin Goodbar, for this bloody-good assignment! 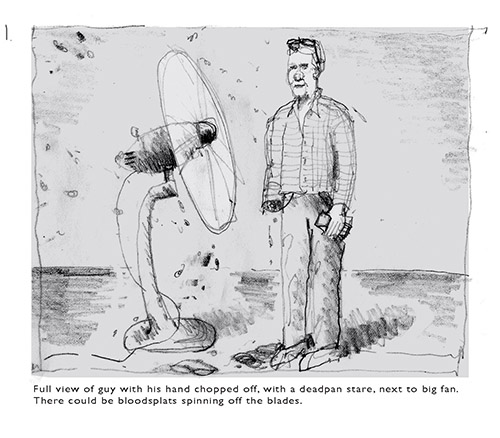 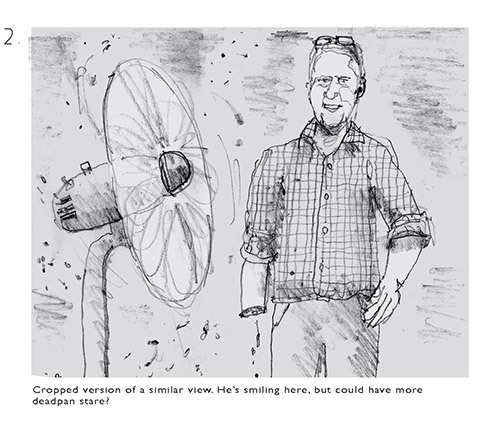 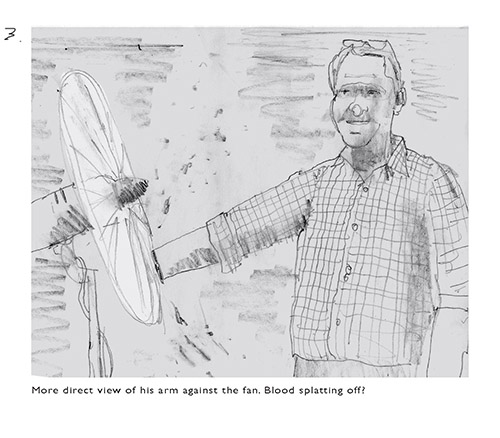 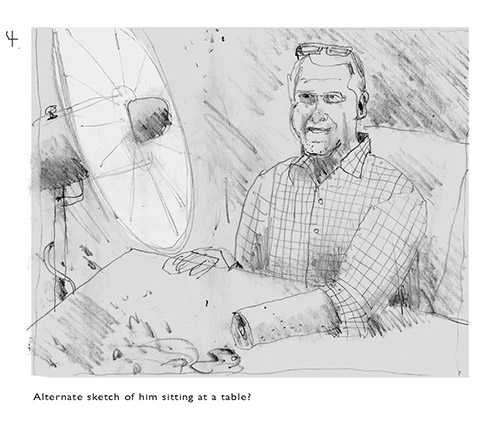 Posted by Daniel Baxter Art at 9:08 AM