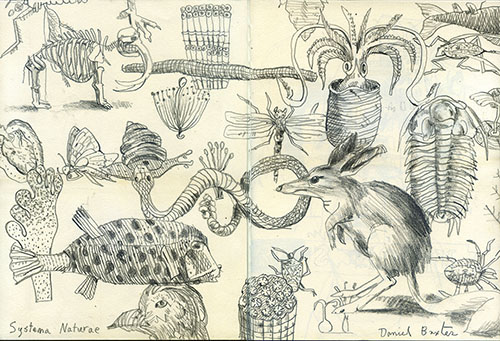 This sketchbook spread was inspired by Elizabeth Kolbert's The Sixth Extinction. This book walks readers through the major extinctions which have taken place on Earth. She also discusses the history of zoology, in which the first book (published in 1758) on this subject was Carolus Linnaeus's Systema Naturae. This Swedish scientist attempted to map out an order to the animal, plant and insect kingdoms. His work was an important building block towards our modern understanding of nature and evolution.


Thanks for visiting. You can view my new illustration website here!
Posted by Daniel Baxter Art at 3:50 PM