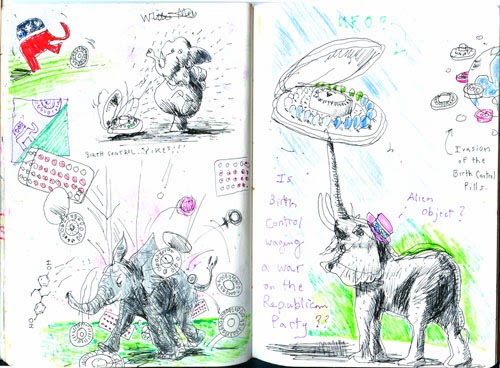 Yesterday, the Supreme Court ruled that requiring family-owned corporations to pay for insurance coverage for contraception under the ACA violated a federal law protecting religious freedom. The 5-4 vote was divided along party lines - with five male Republican appointed justices deciding the ruling. There's been much said about a so-called Republican "war on women". This decision goes a long way towards reinforcing that that notion. 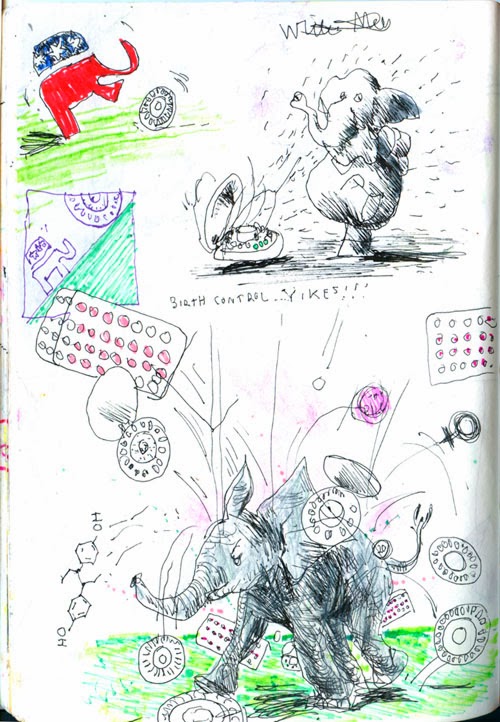 This sketchbook excerpt is from January, but it's strikes me as very relevant today. It was inspired by controversial statements about contraceptives by noted Republican politicians. For whatever reason, the idea of brith control seems to scare the heck out of them. 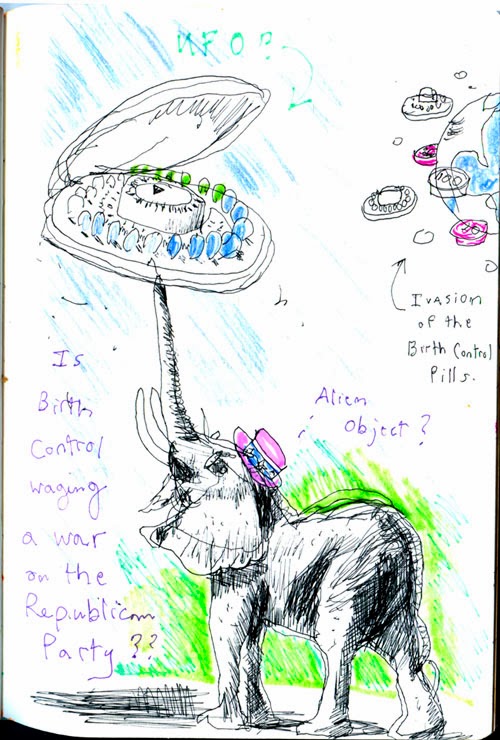 Thanks for viewing. You can view more sketchbook excerpts here.
Posted by Daniel Baxter Art at 8:24 AM