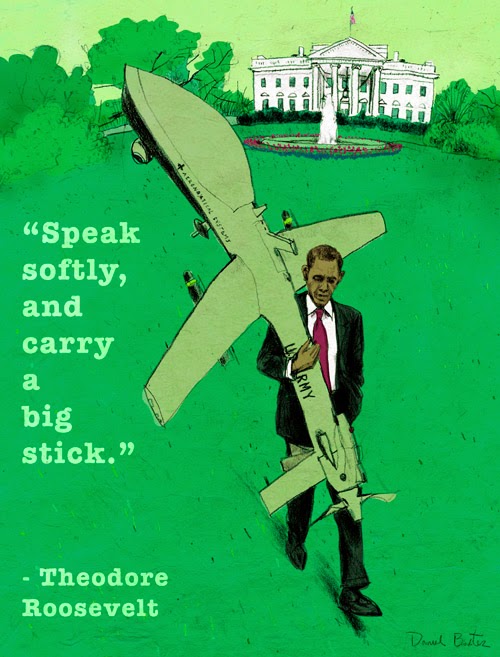 Here's the first piece in a series based on famous quotes about politics. It was inspired by the words of our 26th U.S. president, Theodore Roosevelt. He was referring to U.S. foreign policy in his time - but this "Big Stick" philosophy strikes me as relevant to our present administration's implementation of drones in counter-terrorism. Below are sketchbook ideas which planted the seed for this illustration. 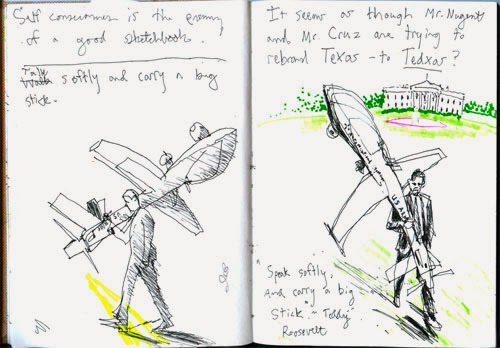 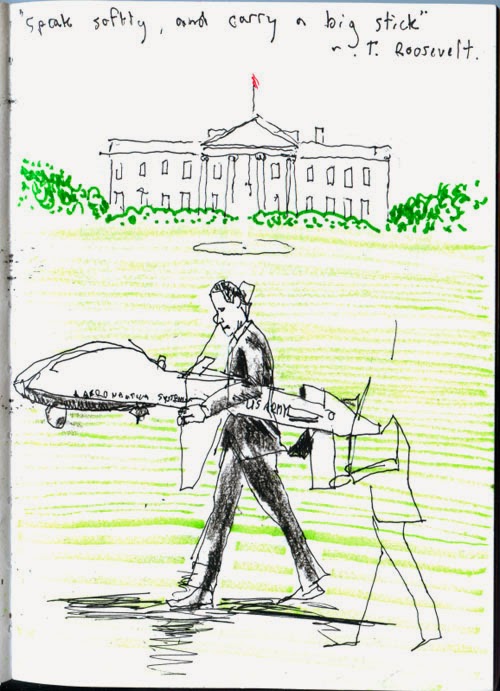 “We’ve been talking about this for a good while, the immorality of drones, dropping bombs on innocent people. It’s been over 200 children so far. These are war crimes.” ~ Cornel West


If you want to learn more about the pros and cons of the U.S. Drone program,
here's a link to a well-balanced article in the Atlantic, by Mark Bowden.