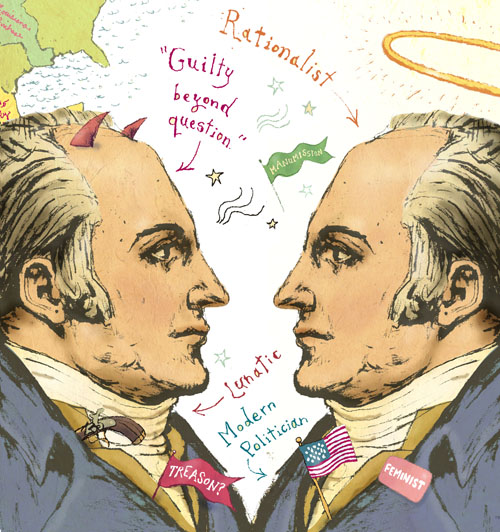 The 2012 Vice Presidential Debate takes place this evening. Coincidentally, I recently drew this portrait of a vice president who's been debated about very much; Aaron Burr. He lives in infamy for killing Alexander Hamilton in a duel. He was also put on trial for conspiring to invade and take over Mexico (he was acquitted).  But Aaron Burr also had redemptive qualities. He was a feminist, a rationalist, and a supporter of manumission (the act of a slave owner freeing his slaves). He also perfected many campaign techniques which are utilized in modern politics. This article for Princeton Alumni Weekly examines this complex man who historians are presently reassessing. I created this mirror-image portrait to convey Aaron Burr's dueling legacies. A special thanks to art director Marianne Nelson for this fascinating assignment! 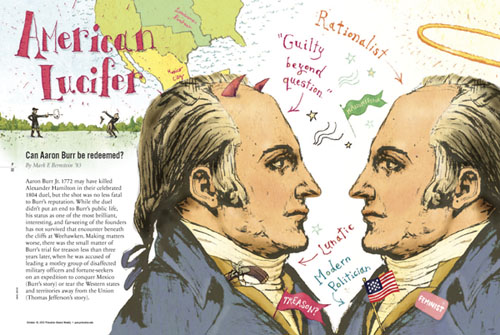 Here are layout ideas I submitted for this story:

May the best man win this evening's debate!

Posted by Daniel Baxter Art at 7:14 AM